Coming soon: links to the music

Dangerous Diane is the name I created for my first 45 rpm record, "Potentially Dangerous" about child abuse in 1978. The flip side is "It's So Easy to Make Art" a cover of Buddy Holly's It's So Easy to Fall in Love also covered by Linda Rondstadt. That record led to air play which resulted in a demand for a band which I didn't have. The original recording including Jim Hart, drums and Stroh's beer can, the late Keith Aoki on guitar and violin, Dwain Bacon on bass, Tom Bloomer on piano, and Randy Delbeke background vocals.

Cover: I took a black and white photo of the "band" on the steps of the Detroit Institute of Arts in front of August Rodin's "The Thinker." The group photo includes my and Randy Delbeke's daughter, Dana, who was walking around while we were shooting.  I asked the musicians to wear white lipstick for the photo, which is why some of their mouths appear odd. The bus passing through between the front door and the museum steps was the one I selected from a couple of black and white rolls. 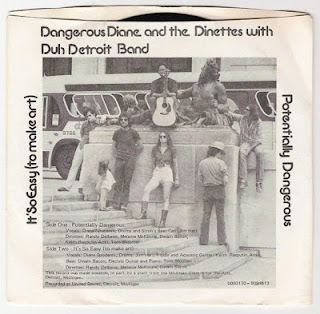 The printer made a mistake in spelling It's So Easy . . . But I liked it and kept it.

The records now sell on some internet websites for top dollar.  In 2013 a Hollywood Production Company requested their use in the TV series, "Low Winter Sun," which originated in the UK that was shooting in Detroit but the Detroit clearance company would not pay a placement fee so I said no.  I am continually amazed how big money productions think it's okay to pay everyone except the creative ones.

Dangerous Diane Band:  first gig was in 1979 at Lily's in Hamtramck: 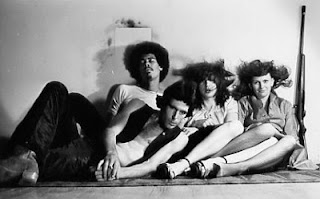 Marco, bass, Leonard Paul Johnson, Drums, Susan Clone guitar, DD vocals and guitar. The band last six months and blew up on stage at the New Miami Bar in the Cass Corridor in a  final performance.  We performed all original songs and recorded five songs at Sureshot Productions in Detroit to include George Poirer on bass. Some of the songs still kick ass,  remarkable considering the recording is a first take for all the songs. We never went back into the studio to re-record and do the vocals. If we had, my vocals probably wouldn't sound as good as they do. "I Don't Care" is linked on this blog. 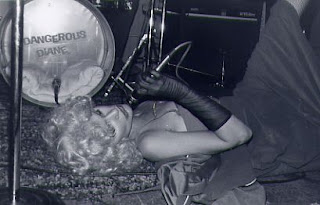 The Dangerous Diane Band performed two reunion gigs in Detroit in 2004 with Leonard Johnson on drums, Susan Clone on guitar and Brian Simon on bass. 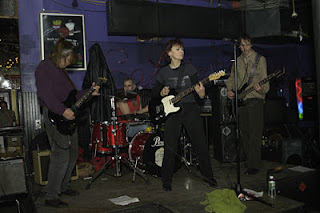 Dangerous Diane is also a character in my solo show, "The Drunk Monologues," selected and produced by Horse Trade Theatre Production, directed by Russell Dobular. It went on to be selected for two Fringe Festivals, NYC director Karen Ludwig, and at BATS Theatre, Wellington, New Zealand. 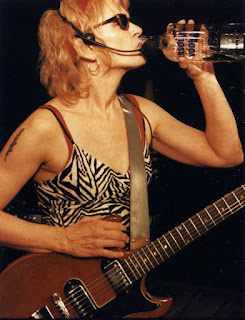 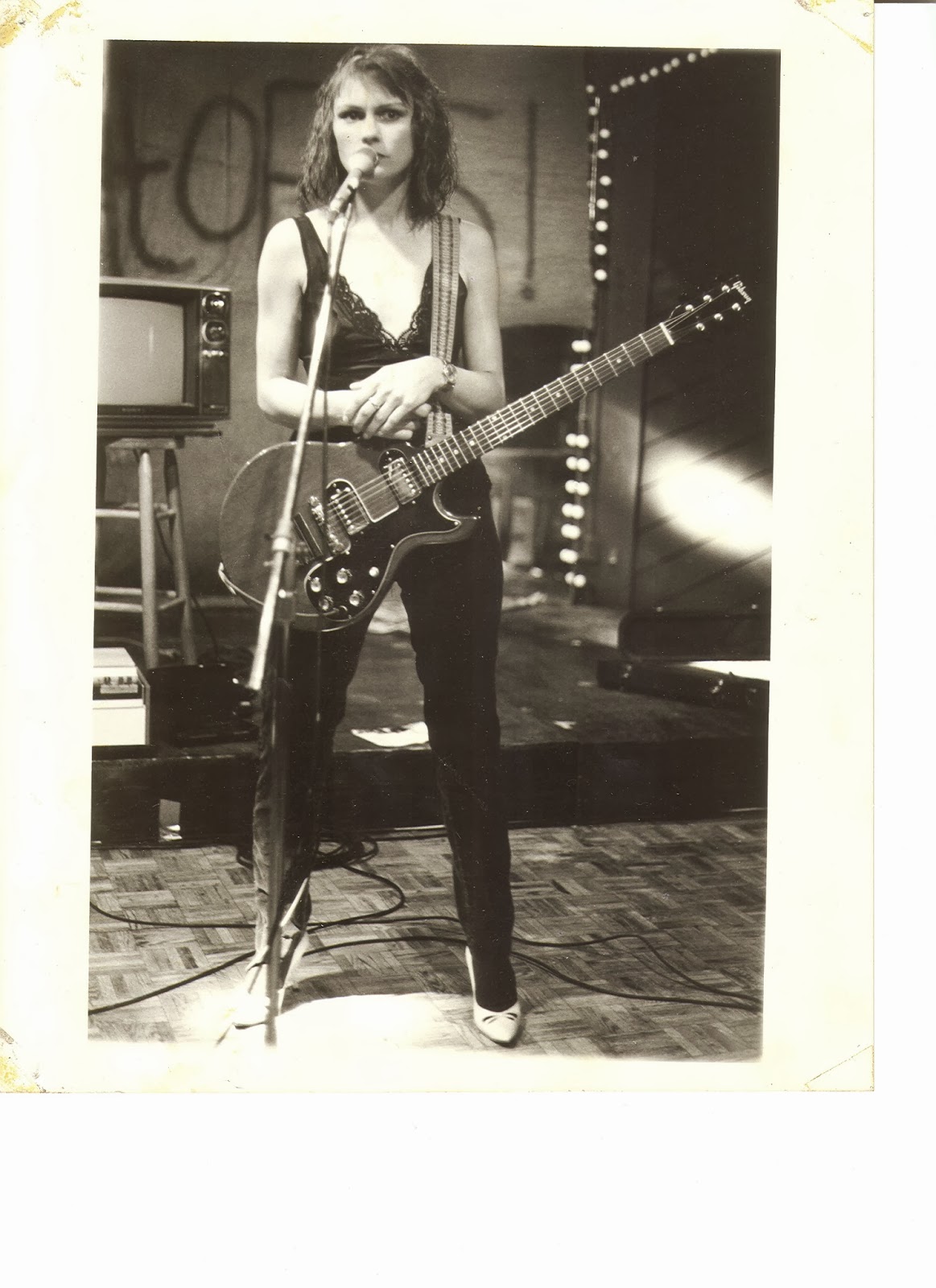 Hey Diane, Joe McCauley your neighbor (on duplex row) from Southfield Rd in the mid 70's.
Just wondered how you are doing.
Remember our other neighbor Grant Ferman?
Hope to hear from you at Paulmcall@comcast.net
How is Randy and your daughter?
Sounds like you've been doing what you always wanted to.
I have two newsletters and I'd love to feature you on one. Hope to hear from you.

Hey you Rock 'n Roll Monster Goddess! Wish I could be there to see/hear you kill it!
Bonny xo

Hey you Rock 'n Roll Monster Goddess! Wish I could be there to see/hear you kill it!
Bonny xo