congress passed a law, netflix can now share your info to whoever it wants.

check out this article with detailed info:


Just stick a camera up my ass and call it a day.

Illinois and Maryland have actually passed legislation to prohibit employers from requiring applicants and its existing employees to disclose their social media passwords. California has similar legislation in progress. Will Employers find a way around it. Will they say there is no such thing as privacy anymore. Or, what's the big deal if you got nothing to hide?

Laws were once passed about women's rights' to privacy too.

Anyone remember these questions that violated the law?

Questions asked by interviewers (men) to me personally:

1. It's against the law to ask you if you intend to have children but you can volunteer the information.
2. I'm looking for someone who is going to be around. If you get pregnant that's a problem for me.
3. I don't want to hire someone who has children, you might call in sick because your kid is sick.
Posted by My Blog at 9:10 PM No comments:

Instagram has rights to sell photos but denies it - A Romney

Pulling a Romney, Instagram denies what it said but stands behind what it said, whatever it was but is asking for time to clarify what it really meant.

"You hereby grant to Instagram a non-exclusive, fully paid and royalty-free, transferable, sub-licensable, worldwide license to use the content that you post on or through the service..." and "...a business or other entity may pay us to display your username, likeness, photos, and/or actions you take, in connection with paid or sponsored content or promotions, without any compensation to you."

translation: kill me.
just in case anyone has forgot, Facebook bought Instagram for $1billion in April, 2012. Is the language now clear?

Mirror Mirror On The Wall

Ladies and Gentlemen. May I have your attention please? You can pick up your mirror immediately following this announcement.

Here’s the thing about the mirror: it doesn’t work if you just had sex. Something about your essence trumps its magic, so make an appointment with the mirror and if you had sex just before your appointment, break it - the mirror won’t care. But don’t go anthropomorphizing the mirror because it hates that. And never say, “Mirror mirror on the wall.” It has a dark sense of humor and could crack or worse, shatter, and you could end up in the hospital. But most of all, whatever you do, don’t turn it on when you’ve been drinking. The mirror can drink you under the table - believe me.
Despite advertisements that the mirror will grant riches and the celebrity of your fantasies, it’s not true.  The mirror will shut down if there is any request for fame and fortune. If you are a celebrity, please do not use the mirror. It does not understand the difference between who you are and people who want to be who you are. We expect this problem will be solved soon.
Before you turn on the mirror have the answers to your security questions available: your pet’s name, your favorite color, and where you want to be in five years. When you see yourself in the mirror, be sure it is a clear image. If there are any ghostlike movements, you may have to start over. Just select “escape” and begin again. If the image is still wavy on the third attempt it will shut down and you will have to wait forty-eight hours. The most common reason for blurry images is insincerity.

Do not ask the mirror more than one question. Do not use compound sentences that are really two questions. And do not make statements. Believe me, the mirror is not interested in your opinion.

If the mirror shuts down for no apparent reason, do not call the Ministry of Mirrors - you probably did something to piss it off. Read the manual and try again. However, if the mirror laughs at you, call the Ministry, but only between nine and five. Be prepared to wait due to high volume. Once the mirror laughs at you, you can no longer use it until it is reprogrammed. If the mirror tries to coax you into asking it another question, do not answer, it has a sick sense of humor and is using you for its own amusement. Believe me.

Rock and Roll Hall of Fame says Yes to Disco!

The Rock and Roll Hall of Fame says yes to Disco.
And it says no to Joan Jett?
At least Joan Jett wrote her own songs.

Perhaps Katy Perry, whose only talent is deep cleavage, will be inducted following her "woman of the year" award in music because her acceptance speech opened with, "I am not a feminist."

When I was growing up, popular predictable music was called bubble gum because only kids liked it and they would grow out of it, like their taste for sugary gum. Why do adults now like it? Is it because they are afraid of art? because there's nothing to think about, nothing to give beyond what is already there? Test Bieber and Perry against Patti Smith, Springsteen, Dylan, Cohen, Hynde, Robinson, Lennon, Costello, McLachlan, Waits, Chapman, Young,.....et al. These artists are creating art instead of drama and contrived statements that gets them their publicity fix in media.

Do Not Call Dangerous Diane's PSA 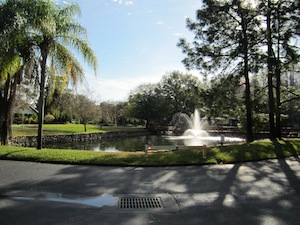 Labels: do not call registry, scammers

Things I can do without: Leggings. Especially on women.


I have yet to see anyone who looked good in leggings . . . especially women in white hair who walk around the neighborhood where my parents live in Florida.
One exception:  Ron Reagan:  independent political commentator & atheist.

On NPR radio the other day the outgoing president of the FCC said the government is aware of the importance of social media (ha ha) and will use FB to inform users of actions to take in emergencies.   During Storm Sandy, I had no heat or electricity and my cell phone did not work for a week. How would FB help in this case?

When I was thirteen I received a diary for xmas. It had a lock, which I lost. My father made me a new one. It never occurred to me that he could make another lock and open my diary. I wasn't given the gift to be spied on. I was given the diary with the understanding it was mine. Private. I knew my father would not make that lock.

Not everyone keeps a diary but apparently every teen has a FB page. The results for marketers and advertisers are clear. The consequences are pretty scary.