There is an interest in the many interviews I and Randy Delbeke did in the 70's and early 80's in Detroit for our magazine, "The Detroit Artists Monthly."    A favorite interview was with Ray Johnson, (1978) a New York artist originally from Detroit who Randy and myself interviewed in our Detroit living room. Ray was in town for a visit to see his mother.  He was so deadpan and wonderful that when Ray left we kept our private comments in the interview at the end.  Ray loved that.

Jim Pallas published the interview in its entirely at his website: Jim Pallas Website with photos of artwork by Ray that were published at the time with the cover of the magazine featuring Ray with a photo earring.
Check it out the Ray Johnson Interview:

The first thing I noticed about this dating thing is you got to answer a lot of questions.  Your age, your height, your religion, hair color, things you like, things you don’t like.  I goggled how to answer Internet dating questions and it said be honest.  Except everyone knows that women lie about their age and men lie about their height, so I said I was six feet tall.  Even though I’m five foot eight.
The picture is the Holy Grail.  You have to have a good one.  But nothing naked or skimpy even if you have a good body and everyone has to say what kind of body they have.  You can check only one body type: athletic, thin, average, a few pounds or jumbo.   I’m a couch potato so I checked average.
I looked at other profiles to get some ideas on what kind of a picture to upload. Men pose with things like lawnmowers and cars, motorcycles and dogs.  Boats.  I live in an apartment and I don’t drive.  And, my landlord doesn’t allow pets.  So all that is out.  Men also post pictures of themselves with grandchildren and sons and daughters at graduation ceremonies.  That’s also out for me.  Some men have pictures of themselves sucking in their stomachs on mountaintops, holding up kayak paddles and straddling bicycles.  Or in bars holding up a drink, an arm around a buddy or a barfly, looking like they’re having a good time.  Those days are over for me.
I took a picture of myself in the bathroom mirror.  After I posted it, I noticed that the mole on my left cheek was on the right.   I said in my profile that my picture was backwards and I got an email from a woman who said she understood.  That’s what I want, a woman who understands me.  She had black curly hair and wore a low cut red blouse with lots of cleavage and her breasts were not wrinkly for her age.  She said we could have a good time and should meet for drinks.  I told her I only drink coffee these days and she emailed back: “Look me up when you fall off the wagon. Ha Ha Ha.”
There are a lot of good-looking women out there.  I emailed all the ones with big hair. Some had French twists like my mother still wears.  She says her hair is her best feature so I always ask her how her hair is.  I called her and told her no one emailed me for a date and she wanted to know what age group I was looking in and when I told her she said, “Older women don’t want a lover, they just want someone to take them to dinner.” She said that maybe she should look at my profile and give me some pointers. I said no.
I asked her if she thought I should pose with food.  Some guys have pictures of themselves with the food they cooked, men pointing to fish on platters with the heads still on them.  Some men pose with fish on fishing boats and then there are men with guns. If I was a woman and opened my email from a message that said, “happygoluckyguy wants to meet you!” and he’s aiming a rifle at the ceiling, I’d hit the delete button.  I cook pasta but my mother said she wouldn’t bother posting a picture of my pasta.
After a few months I took my profile off and created a new one.  Now I’m sexybadboy7823.  I lied about everything.  I get a lot of emails from very attractive women.  Some want to meet me.  Onetruelove7572 says she is sure I’m the one. We have been getting it on in the emails, chatting back and forth and stuff.  Lots of sexy stuff.  She is really hot. And, she’s intelligent.  She says she likes to read.
My mother called and said she was trying the Internet dating thing too.
“Why should you have all the fun?” she said.  “Some men are very sweet and nice and some are very naughty.”
“Ma!” I said, “I don’t want to hear this.”
“Sexybadboy wants to meet me.”
“What?”
“He says I’m the one.”
Maybe it was just a coincidence. 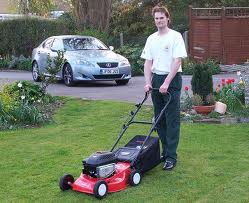 You get to go home

Here there is no there.

I am one of four siblings. For two months I have sent emails to my brother and sisters and bc to my daughter to keep everyone up to date on what is happening here: the doctors, the hospital, the diet, the weather, the outings, the armadillo.

I will not forget what it feels like to sleep in a chair for two weeks next to my mother in her bed, my father next to her. Like a new mother who knows when her child stirs, I knew the moment my mother lifted the blanket. I went without sleep for two weeks. This is possible. It takes caffeine. And something else. Duty? Love? I think it has always been there, deep in my soul. It is a pain that does not yet have a name. It is wrapped in sadness, and is one a daughter knows.

In the fog that is my life today, I have found yoga classes, a state park with turtles, a grocery store. The lavendar plant my daughter sent reminds me of her. I pinch a flower and carry it in my pocket each day. But there is no art. That somehow eludes me. I do not try to get it back. I wait. Trusting it will return when it is time. It always does.

My youngest sister has visited twice to help me out. When she left I said, "You get to go home."

She gets to go home, she, like my bother and other sister have their own lives far away from here. Sometimes I think that this is right. They are the professionals, they could never give up their lives, their families, their day to day responsibilities. They wake to normalcy, they go to jobs, eat and sleep and make love. It is I, the artist, who can give up everything because I never had anything to begin with. Even a successful art career can be seen as the one that should be given up when a family shifts. I know it cannot happen unless the artist agrees to it. It's temporary. Everything is a memory. I must be here now than give up. I could never give up my daughter and so I could never give up my parents.

Posted by My Blog at 8:27 PM No comments: Links to this post

Another time. Another place.
A small town on the Gulf in Florida.
Left New York at the start of 2012 to help out my folks.
I imagine there are others like me.
Posted by My Blog at 7:24 PM No comments: Links to this post